This is the winner of Euro Cup, Italy: 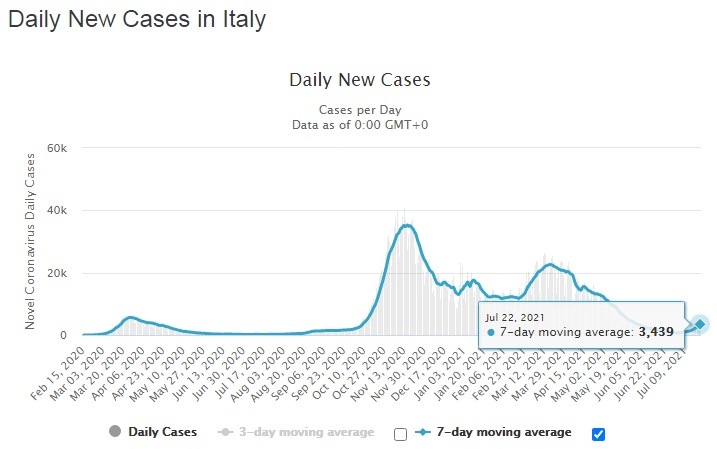 Notice that
(1) the above graph fails to illustrate how rapidly Italy is worsening because there were many more cases in the winter. The rate of worsening is about the same as last mid-October (the winter surge).
(2) Italy is hot and has very few air-conditioners so it had very few cases last summer, see 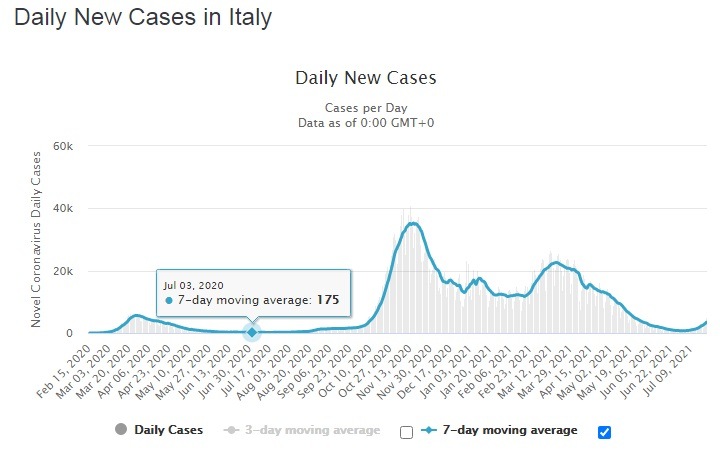 The population of Italy is about 8 times that of Hong Kong, so the 175 7-day moving average of new cases last summer corresponds to 22 cases in Hong Kong.
Now you can see Italy is about 19 times worse than it was last summer!
CDC 2021-07-23 12:34:12
Don’t threaten ppl
Show the death figure

奧組委說，新增個案當中，有3人是運動員，其中一人住在選手村。
HaHaHello 2021-07-23 12:49:34
The death curve is a lagging factor so that the number of deaths just begin to pick up.
Furthermore, the deaths are very low in the summer because our immune system is much stronger.

All the governments are lying by saying that the death rate is much lower because of the vaccination.

During the surge in the last summer, we have the same super low death rate. People said the doctors knew much better on how to treat the people in the hospitals. This is true, but the low number of deaths mainly come from our strong immune system (rather than the vaccines or other medicines). When the colder days came later last year, the number of deaths go up rapidly.
HaHaHello 2021-07-23 13:15:56
6,119 new cases (new national record) and 64 new deaths in Kazakhstan
國泰飛機飛泰國 2021-07-23 15:03:53
條友痴線佬黎

A Victorian woman under the recommended age to get the AstraZeneca coronavirus vaccine has died from its extremely rare blood clotting condition.

The Therapeutic Goods Administration says it was notified this week the 48-year-old woman suffered confirmed thrombocytopenia syndrome (TTS) and died after receiving her first dose.

A 44-year-old man from Tasmania suffered the same fate. He is the youngest Australian to die from TTS stemming the AstraZeneca jab.

"We extend our sincere condolences to their families and loved ones," the national medicines regulator wrote in its weekly safety report on Thursday.

The two new confirmed TTS deaths take the total to five in Australia from more than 6.1 million AstraZeneca doses. They include four women, two aged 48, and the others aged 52 and 72. The other death is the 44-year-old man.

All are linked to people having their first dose.

"It is one in a million," he told reporters on Thursday.

"One is too many, but what we are trying to achieve is a balance between that rare but serious side effect and the absolute fundamental good that is vaccinating our community against Covid-19."

England will return to fight after surrender to the virus!

The coronavirus infection rate in young people has reached the highest for any age group since the pandemic began as the government drafts contingency plans to bring back restrictions within weeks.

In the seven days before Covid restrictions were lifted, 1,154.7 infections per 100,000 people were recorded among those aged 20 to 29, according to Public Health England, with cases rising across every age group and region of the country. Weekly hospitalisations are also at their highest since early March.

Officials in the Covid-19 taskforce have been drawing up proposals that could see baseline measures, such as mask-wearing, social distancing and guidance on working from home, reintroduced in England by next month.

My question: Why don't just go back to the earlier restrictions tomorrow?
Why do they want to create a new restrictions which will take effect next month? Why do they give the virus a few more days to spread? 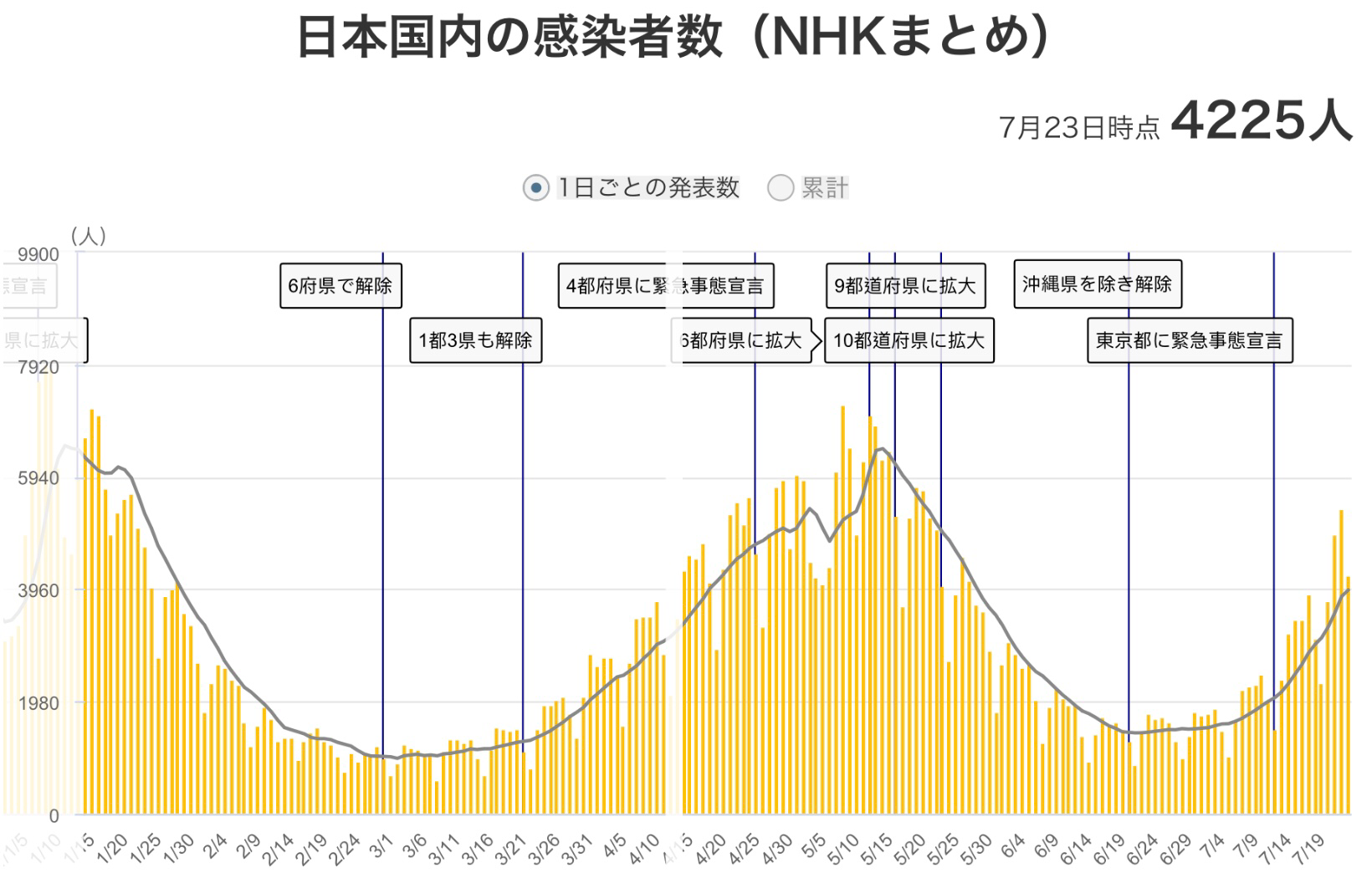 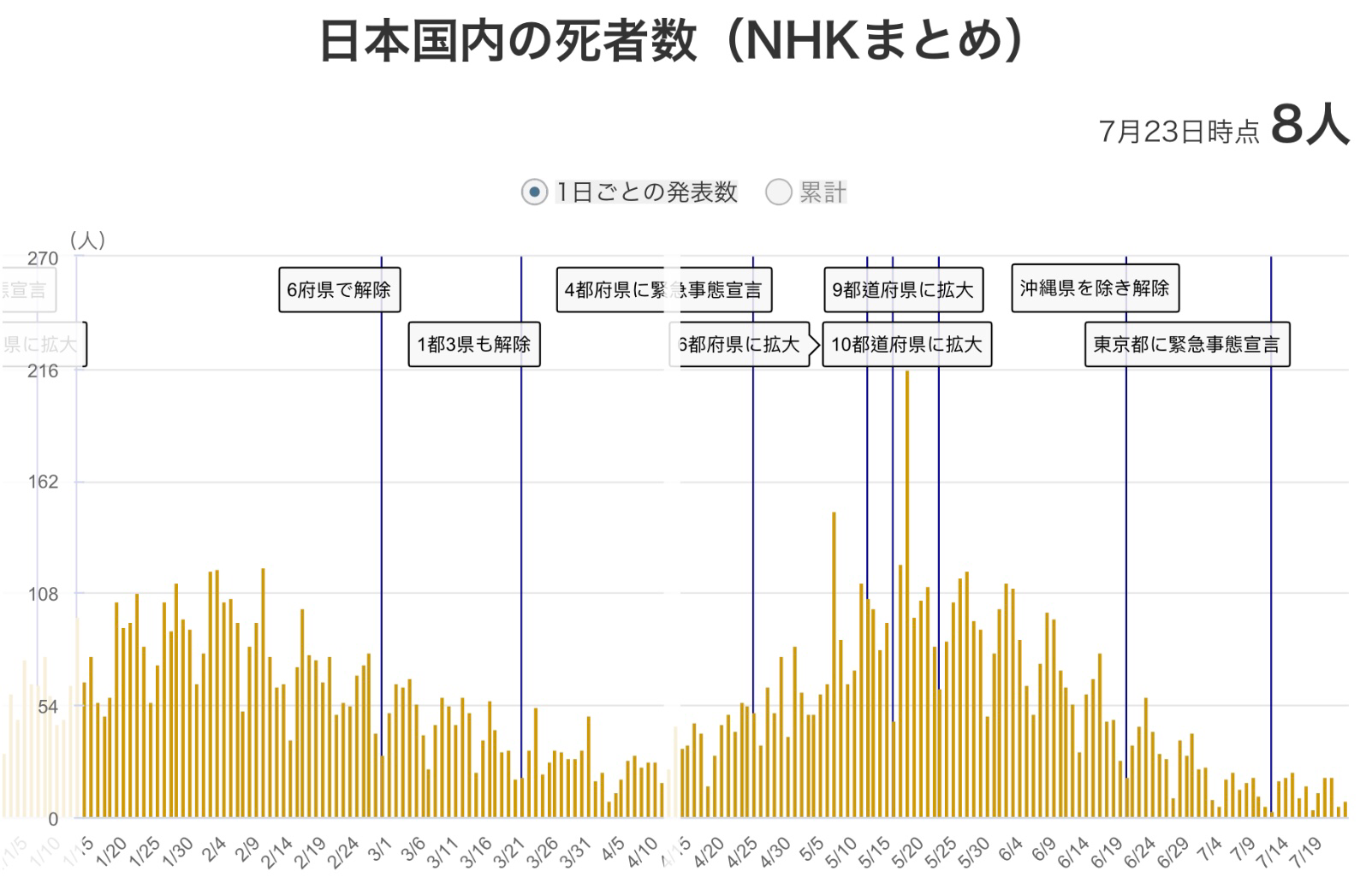 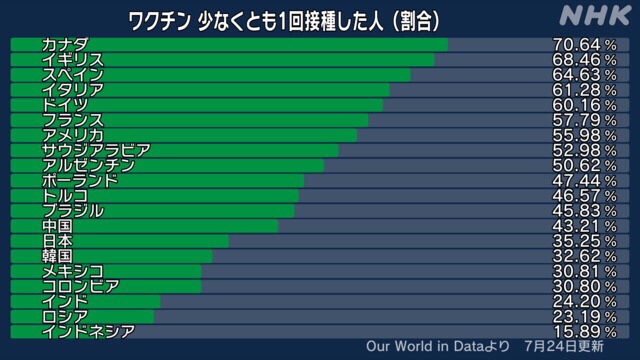 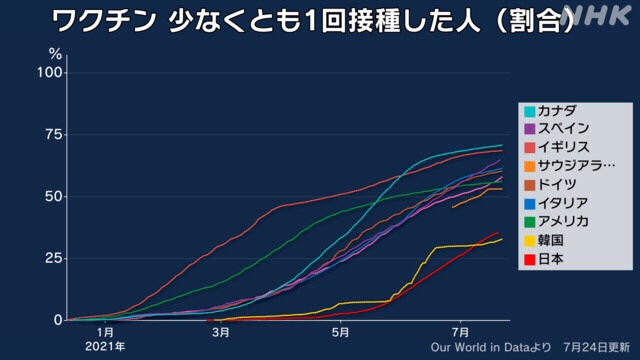 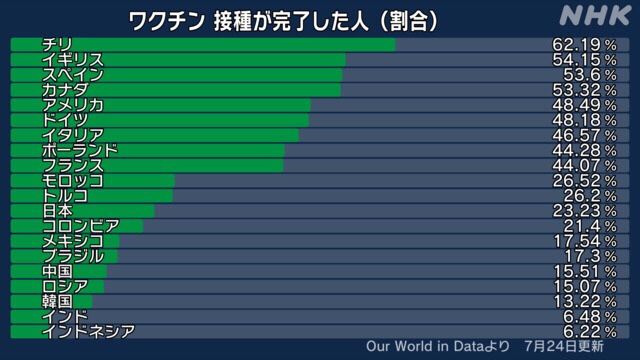 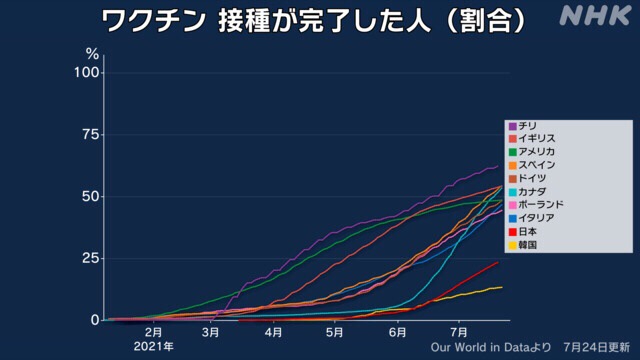 New national record
HaHaHello 2021-07-24 11:24:07
I would like to remind the readers thatt the number of new deaths is about 2 to 3 weeks lagged behind the number of new cases. This is because the newly infected people will usually die many days later.


Actually, you often find that the number of new deaths reaches a minimum when a new wave of virus has already pushed up the number of new cases for days. A recent example is Italy where the new surge started about at the start of this month while the 7-day moving average of the new deaths reached the minimum of 10 on 21 July. The new deaths has started to rise only on 22 Jul. Furthermore, the rise of new deaths is usually slow at the beginning because the hospital can handled the still small number of people.

Anyway, the new deaths in most of countries will be relative low in the summer unless the hospital system has been collapsed due to the huge number of infected people (such as Indonesia right now).