Covid vaccines may not reach a quarter of the world's people until 2022, study finds

Just over half of all planned doses of coronavirus vaccines have been bought up by high-income countries such as the US, Japan and Australia, which means as much as a quarter of the world’s population will be unable to get vaccinated until 2022, researchers reported Tuesday.

These rich countries have pre-ordered close to 7.5 billion doses of Covid-19 vaccines, enough to vaccinate 3.76 billion people, Anthony So of the Johns Hopkins Bloomberg School of Public Health and colleagues found.

“Just over half (51%) of these doses will go to high income countries, which represent 14% of the world’s population,” they wrote in their report, published in the BMJ.

The researchers projected that the 13 major vaccine manufacturers working on coronavirus vaccines had the potential capacity for close to 6 billion courses of vaccine by the end of 2021.

More than 30% of poll respondents in Japan say next year's Olympics and Paralympics should be canceled, according to a survey conducted by public broadcaster NHK.

Some 31% of the respondents said they believed the Olympics and Paralympics should be postponed further.

Only 27% say the Games should be held as planned in 2021 in Japan. That’s a steep drop from a 40% support for the Games from a similar poll conducted in October, before the third wave of coronavirus hit Japan.

NHK’s telephone survey was conducted over the weekend. More than 1,200 people participated.

Japan has highest number of ICU patients since pandemic began


From CNN’s Yoko Wakatsuki in Tokyo

Japan now has the highest number of Covid-19 patients in intensive care since the pandemic began.

A record 588 people are in critical condition from Covid-19 and have been admitted to the ICU, the country's Ministry of Health announced on Monday.

New measures: In response to the surge in cases and hospitalizations, local governments have strengthened their anti-Covid-19 procedures.

Tokyo announced late Monday it has requested the 10 p.m. closure of restaurants and bars to be extended through to Jan. 11.

There's no place like home ... for the virus to spread

One in six persons who share a home with a COVID-19 patient will catch the disease as well, a significantly higher rate than observed from previous respiratory diseases like SARS and MERS, a new meta-analysis shows.

The study, published on JAMA Network, indicates that even as public health officials promote stay-at-home policies to curb spread of the coronavirus, household transmission remains a major factor in the pandemic.

1 in 20 Americans has tested positive

The United States is now reporting more than 1.5 million cases each week, at a rate of about 150 every minute, a USA TODAY analysis shows. Even New York state, America's initial epicenter, is now reporting coronavirus cases at a rate faster than it did in the spring. Every state except Florida and Hawaii have reported more cases in a week of November or December than they have at any time in the pandemic.
HaHaHello 2020-12-16 09:42:24 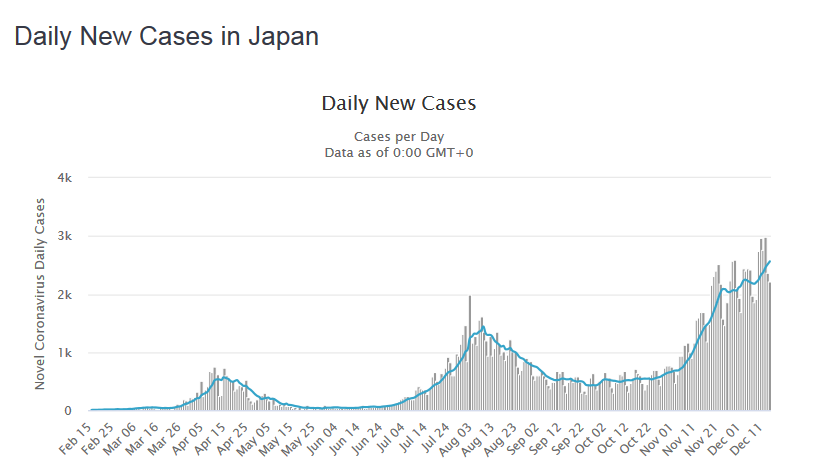 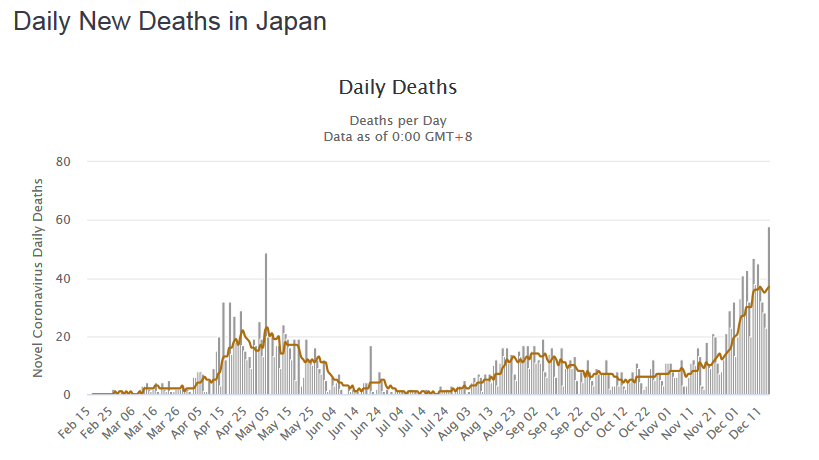 BREAKING: Man and woman test positive for Covid-19 in NSW

More than 250,000 Sydney residents are being warned to watch for symptoms of Covid-19 after two more cases of highly-contagious virus emerged.

The state recorded its first case since December 2 on Wednesday after a 45-year-old male who began to develop symptoms on Saturday. He was tested on Tuesday and received a positive result this morning.

Health Minister Brad Hazzard told reporters he is a shuttle bus driver carrying airline crews from the airport. He works for Sydney Group Transport at Alexandria.

“The source of these new infections is under investigation. At this stage, no links have been identified to other known cases,” NSW Health said.

“The cases are a woman in her 60s and a man in his 70s who are close contacts of each other.”

Anyone who visited these venues is being told to self-isolate for 14 days even if they receive a negative test.

People who went to these venues should self-isolate until they receive a negative test.

“Everyone living in the Northern Beaches area should monitor for even the mildest of symptoms and come forward for testing immediately if they appear, then isolate until a negative result is received,” NSW Health said.

DODGE CITY, Kan. — A Kansas mayor has resigned following backlash to comments she made in a USA TODAY story in support of a mask mandate in her city.

“I understand people are under a lot of pressure from various things that are happening around society like the pandemic, the politics, the economy, so on and so forth, but I also believe that during these times people are acting not as they normally would," Warshaw said. “I think it’s best for me and the city that I love to remove myself from the commission at this time and from the mayorship so that the city can move forward and be the best that it can be because I believe in the city.

Since the Dec. 11 publication of the USA TODAY story, Warshaw said she has been met with aggression, including threats via phone and email from Dodge City citizens. Some threatening emails have been turned over to police, she said.

"We just felt like we had to do something so everybody was aware of how important it was for everybody to be responsible for each other’s health and well-being,” Warshaw was quoted in the USA TODAY story.

Dodge City is the most populous town in Ford County and one of the largest cities in western Kansas. The commission passed a mask mandate on Nov. 16 after more than 1 out of every 10 county residents had contracted the virus.

In an interview with the Dodge City Daily Globe, part of the USA TODAY Network, Warshaw said she didn't have any regrets of voting in favor of the mask mandate.

“This is harder for me than people realize,” Warshaw said as she began to cry. “I really love this city with all my heart. I still believe in this city and I believe in their ability to not harm one another.”

Police are looking "into the substance of the communication to determine an appropriate course of action," Dodge City Police Chief Drew Francis said of alleged threats against Warshaw.
HaHaHello 2020-12-16 15:56:22 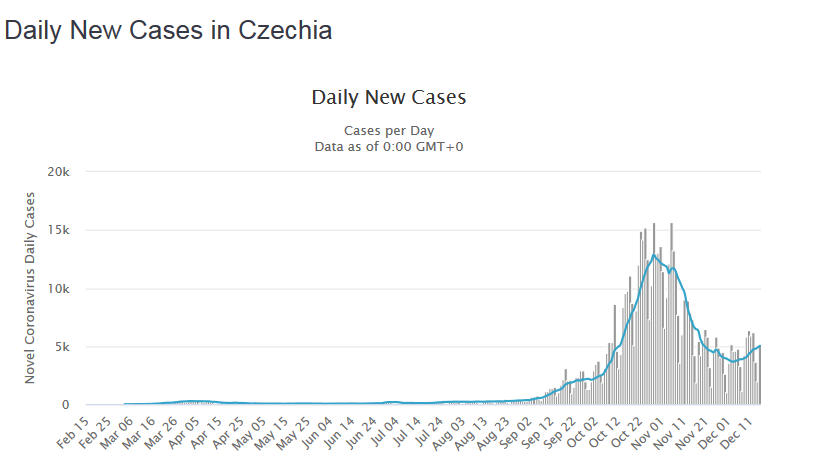