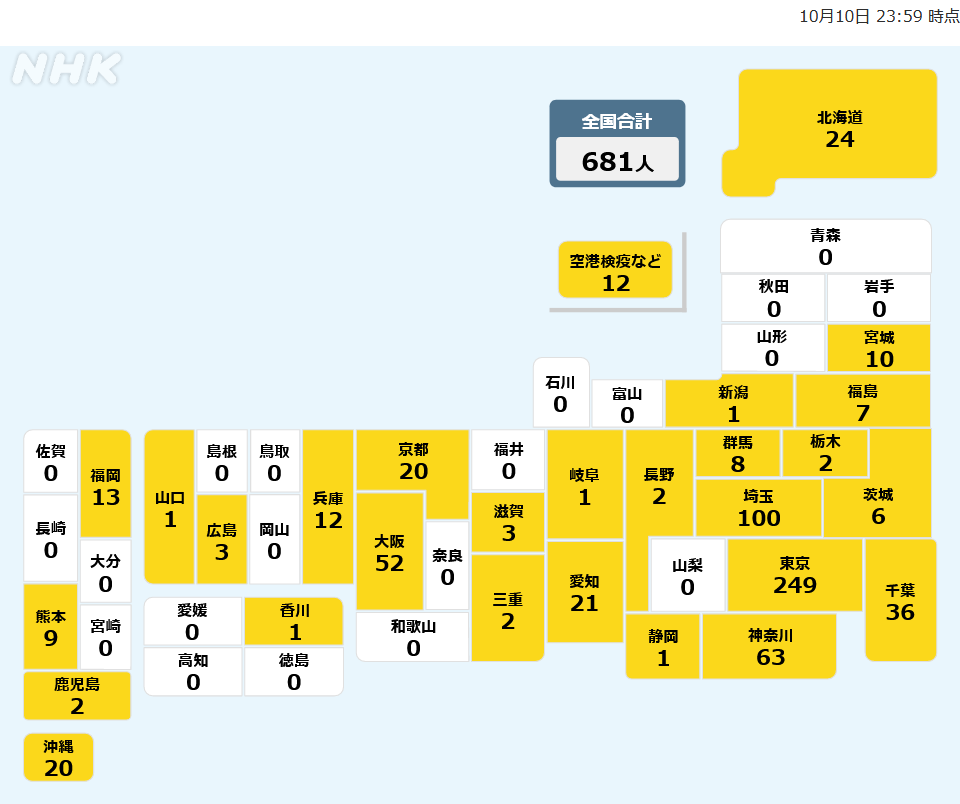 The tiny South Asian nation has seen a surge in new Covid-19 infections recently, with its total number of cases doubling in only four weeks, according to the ministry.

The capital, Kathmandu, is the worst-hit area so far, accounting for nearly a third of the country's total infections, according to health ministry data.

Meanwhile, Nepalese Culture, Tourism and Civil Aviation Minister Yogesh Bhattarai tested positive for the virus on Saturday, according to his official Facebook page.
HaHaHello 2020-10-11 10:31:37
France recorded 26,896 new cases of coronavirus Saturday, setting a new record for daily reported infections since the start of the pandemic, according to data from the French Health Ministry.

Saturday's record was an increase of 6,557 more cases than the day before when the previous record was set with 20,339 cases.

The rise in infections takes the total of reported infections in the country to 718,873.

North Korean leader Kim Jong Un spoke to a large, mask-less crowd in Pyongyang saying he was thankful for the country not having a single coronavirus victim.

Speaking at the 75th anniversary of the Worker's Party, Kim appeared to choke up while mentioning the hardships North Korea had gone through such as natural disasters -- the country suffered damage during typhoon season -- and disease prevention.
Some in the crowd were crying as well.

He hoped South Korea will overcome the coronavirus situation and that the two sides can "hold hands together," Kim said.

The North Korean leader entered the parade without a mask, kissing children who gave him flowers. There appeared to be no social distancing among the crowd, who were not wearing masks either.

Few experts believe that North Korea, a country of nearly 25 million people which shares a border with China, could have escaped the effects of a pandemic that has infected more than 36 million people worldwide, and killed more than 1 million people.
It's possible North Korea has simply not identified existing cases due to a lack of testing, or has successfully managed to isolate small clusters of cases and is not reporting them, CNN's Joshua Berlinger wrote in July.
HaHaHello 2020-10-11 10:39:31
12,846 new cases (new daily high) and 197 new deaths in Russia

Russia reported 12,846 new cases of coronavirus on Saturday, a new record-high daily increase in cases since the beginning of the pandemic, according to the country’s coronavirus response center.

The previous record was set on Friday, when 12,126 cases were reported that day.

The total number of officially reported coronavirus cases in Russia as of October 10 is 1,285,084.

If the number of infected will continue to grow, of course, this will be a topic for consideration by the government’s [coronavirus] headquarters and at the regional level… this will require some action, some decisions," Kremlin spokesperson Dmitry Peskov said on Friday.
HaHaHello 2020-10-11 10:41:14
Hospitals in northern France cancel non-coronavirus procedures due to rise in cases

Health officials in Lille, northern France, are urging local hospitals to start cancelling surgeries, fearing a bottleneck in intensive care affecting the elderly after a rise in new Covid cases.

The city is showing high rates of the virus, with an incidence rate of 308 for every 100,000 inhabitants, data shows.

Among people over 65 years of age, the incidence rate is 273 for every 100,000 people. The positivity rate for coronavirus tests is 15% among that age group, while the regional average of the general population is 10.40%, according to the region’s health authority.

Bars in Lille will be closed from Saturday for at least two weeks. France recorded 20,339 new cases of the virus on Friday, the highest daily total since the outbreak began.

Keep worsening.
做人要識Do 2020-10-11 12:17:31
泰老柬越都冇事咁，係緬甸爆…
HaHaHello 2020-10-11 12:17:38
Spanish govt imposes state of emergency in virus-hit Madrid
MADRID (AP) — Spain’s government declared a state of emergency in Madrid on Friday, wresting control of efforts to fight the spread of COVID-19 from local authorities in a region that is experiencing one of Europe’s most significant coronavirus outbreaks.

The step, which took immediate effect and lasts for two weeks, forced Madrid authorities to restore restrictions on travel that had been introduced by the national government but were struck down the previous day by a Madrid court ruling.
傷子情歌 2020-10-11 16:40:22
好彩Death rate比3月低好多
肥＿仔 2020-10-11 16:43:35
過多十幾日先會真嚟料