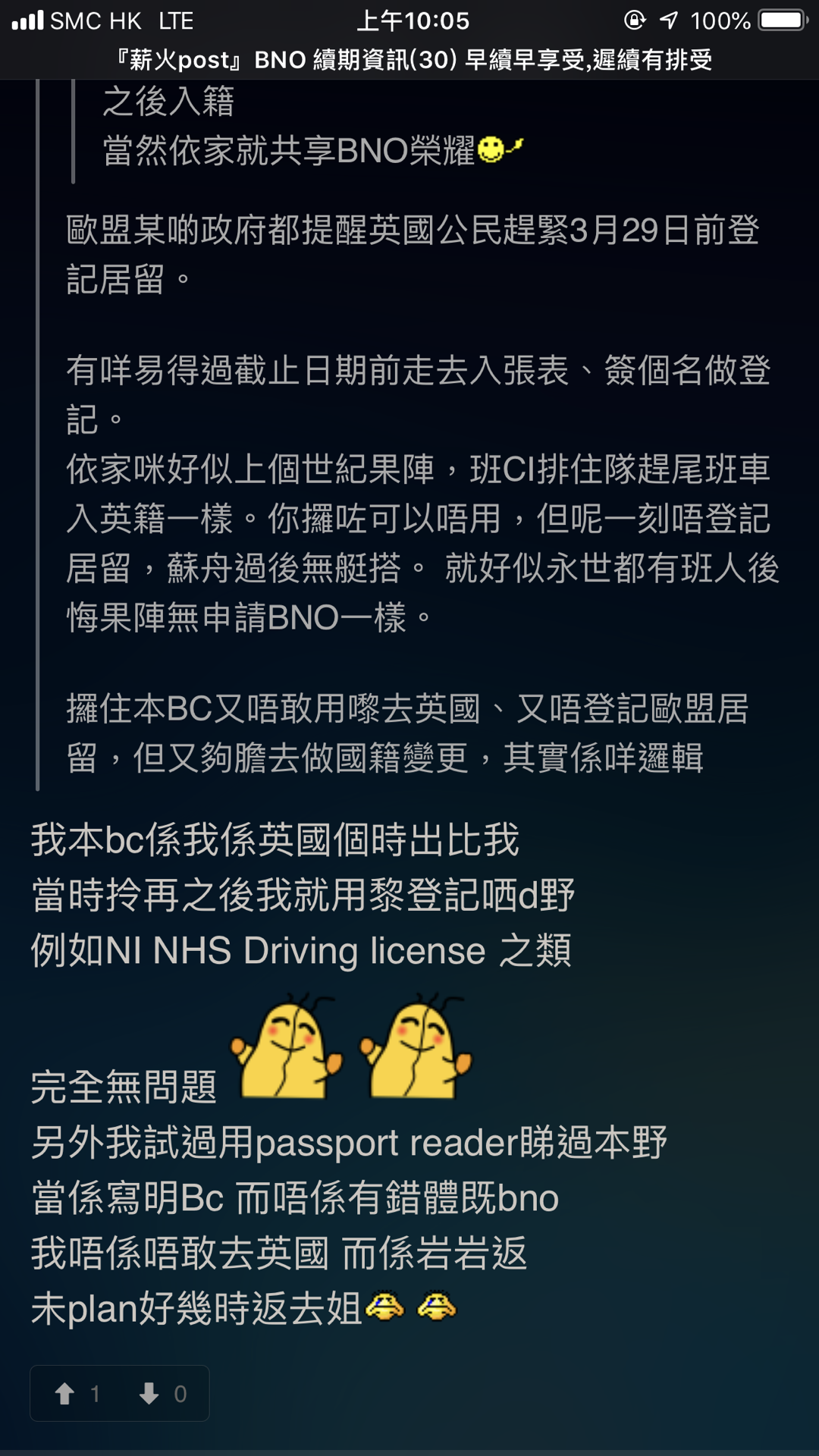 Samleung1987 2019-02-18 14:57:22
張form有叫你申報識幾多年，而且親戚關係都未必兩個字一樣
勞動帶來自由 2019-02-18 18:38:14
https://assets.publishing.service.gov.uk/government/uploads/system/uploads/attachment_data/file/118554/royal-prerogative.pdf
There is no statute law governing the grant, refusal of British passports, which are issued in the United Kingdom. However, certain principles apply which are as follows:-
United Kingdom passports are issued in the UK at the discretion of the Home Secretary and in overseas posts at the discretion of the Secretary of State for Foreign and Commonwealth Affairs. They are issued in exercise of the Royal Prerogative, which is an executive power that doesn’t require legislation.
There is however, no entitlement to a passport and there are circumstances where passport facilities are refused:
(略)
p.s. 保安局首席助理局長補充，在英國的制度中，並沒有就簽發英國護照之事提出上訴的機制。英國國民 (海外)護照是由前香港總督行使皇室特權簽發的。https://www.legco.gov.hk/yr97-98/chinese/bc/bc51/minutes/bc511807.htm
勞動帶來自由 2019-02-18 19:15:29
http://www.legislation.gov.uk/uksi/1986/948/article/4/made
The Hong Kong (British Nationality) Order 1986
1986 No. 948Article 4

4.—(1) On and after 1st July 1987 there shall be a new form of British nationality the holders of which shall be known as British Nationals (Overseas).

(2) Any person who is a British Dependent Territories citizen by virtue (wholly or partly) of his having a connection with Hong Kong and who, but for his having a connection with Hong Kong, would not be such a citizen shall be entitled, before 1st July 1997 (or before the end of 1997 if born in that year before that date), to be registered as a British National (Overseas) and to hold or be included in a passport appropriate to that status. 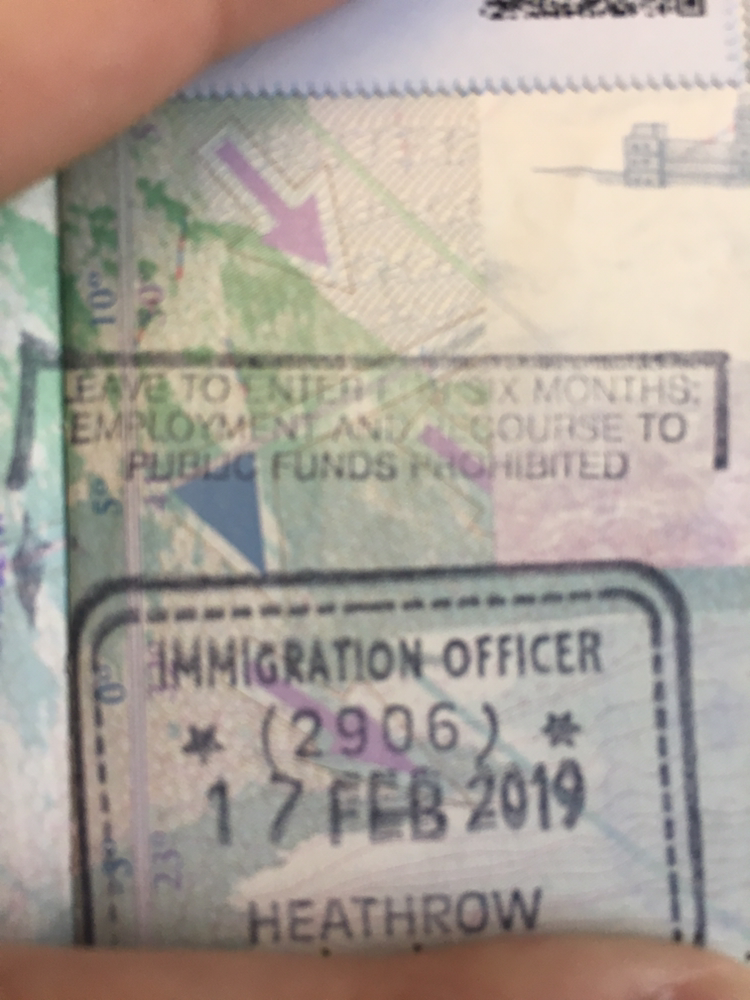 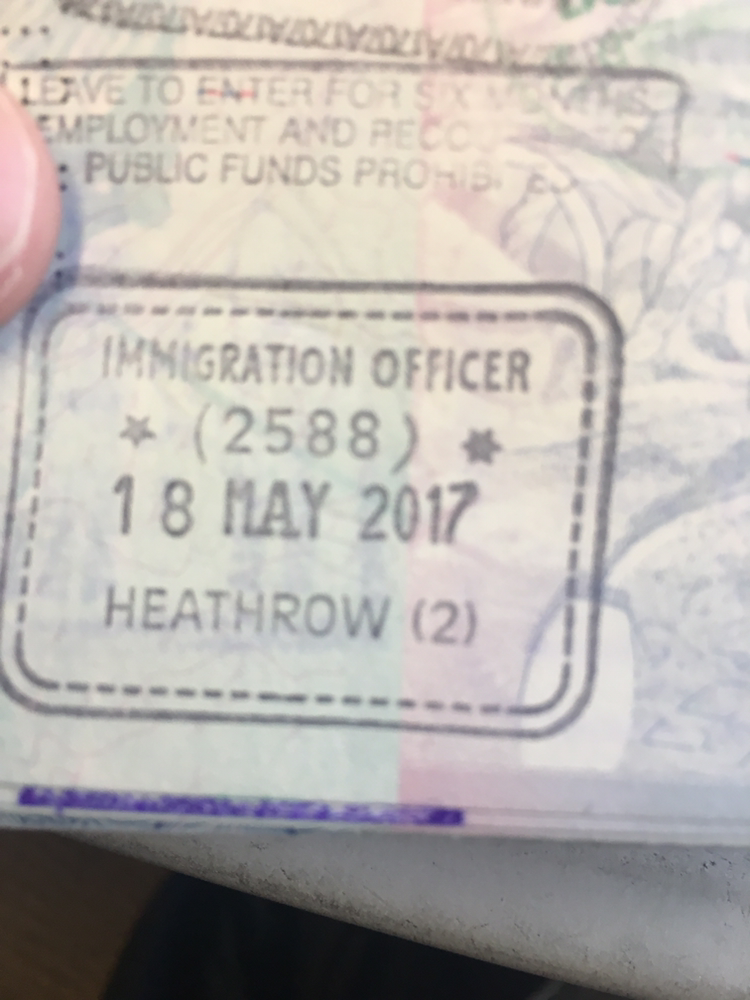 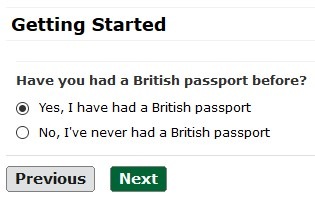