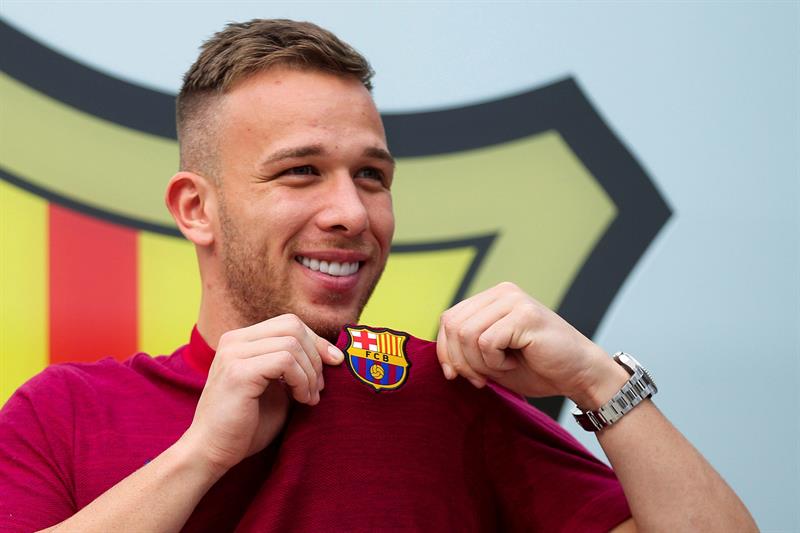 Arthur_Melo 2020-06-30 02:46:48
https://www.mundodeportivo.com/futbol/fc-barcelona/20200629/482028086900/varios-companeros-expresaron-a-arthur-su-apoyo-y-solidaridad.html
The Barça squad has always been by Arthur's side , from the moment he learned of the negotiations between the Barça club and Juventus until his trip to Turin to certify his transfer. In all this time, the Brazilian has received unconditional support from the players, some privately expressing his disappointment at his departure, the club's decision and also Quique Setien's statements . The player took the floor in training before Atlético to give his explanations.

Arthur is annoyed for putting an abrupt and premature end to his Barça stage, which he expected to be long-lived. He tried to postpone the irreparable, with public statements of his desire not to leave the Camp Nou and tweets of love and loyalty to the club. The tactic did not work and he ended up looking for the best contract with the Italians. Consider it a good option. What is clear to him is that he will continue to give everything as long as he is Barça player and playing if they ask him to.

The Brazilian has always felt wrapped in the dressing room, but even more so last Friday hours before playing against Celta when Setién released to the press that “he is not the first or the last player to sign with high expectations and at the end they do not bear fruit for whatever reason ”. The words shook the locker room and some heavyweights let him know of their unconditional support both right there, in the Ciutat Esportiva, and privately with mobile messages. The player also felt the warmth of his companions, the closest ones, already in Italy.