"Frenkie is fine, he is happy to play the match," the Ajax coach told a news conference ahead of facing Madrid, who have won three consecutive Champions League titles.

"Like all of us, I imagine he will have an extra motivation, but we all have to play a Champions League game against Madrid.

"Frenkie only wants one thing, which is to close the season well, we have this match with Madrid and he is sure to be 100 per cent motivated to give the best.

"Neres is fine, he is very ambitious and a great fighter, he will show this on the pitch. He is a very important player for us and will be important against Madrid.

"He has problem in the adductor, but he has rested in the last days and I think he will be able to play the game perfectly."

The centre-back has travelled to Amsterdam ahead of the Champions League clash against Ajax, but flu could mean he misses the first leg.

Santiago Solari is waiting for an update on the fitness of his central defender Raphaël Varane ahead of the Champions League first leg against Ajax.

The Frenchman arrived with the rest of his teammates in Amsterdam full of the flu and his weak condition prevented him from training as normal in the Johan Cruyff ArenA. This was an unexpected setback for the Argentine coach, who will likely turn to Nacho if there is no significant improvement in the coming hours.

Things have turned around a little for James Rodriguez at Bayern Munich and Niko Kovac is relying on the Colombian, who has returned the confidence by delivering good performances and assists.

There are a number of possibilities opening up and one of those to emerge has been Arsenal, but he isn't seduced by the idea of playing in the Premier League.

Real Madrid captain Sergio Ramos will make his 600th appearance for the club on Wednesday, and he also earned praise from coach Santiago Solari.

"Playing 600 games for Real Madrid is not easy," Solari told a news conference when asked about Ramos' achievement.

"This historic Real Madrid has the stamp of his character so we hope he can play many more games for Real Madrid."

Ramos' deputy Marcelo has been linked with a move to Juventus after losing his place to 22-year-old left-back Sergio Reguilon.

Marcelo has told Esporte Interativo he will leave if Madrid do not want him, but Solari denied being dissatisfied with the Brazil international.

"Marcelo is great - he's our vice-captain and an emblem of the club," Solari added. 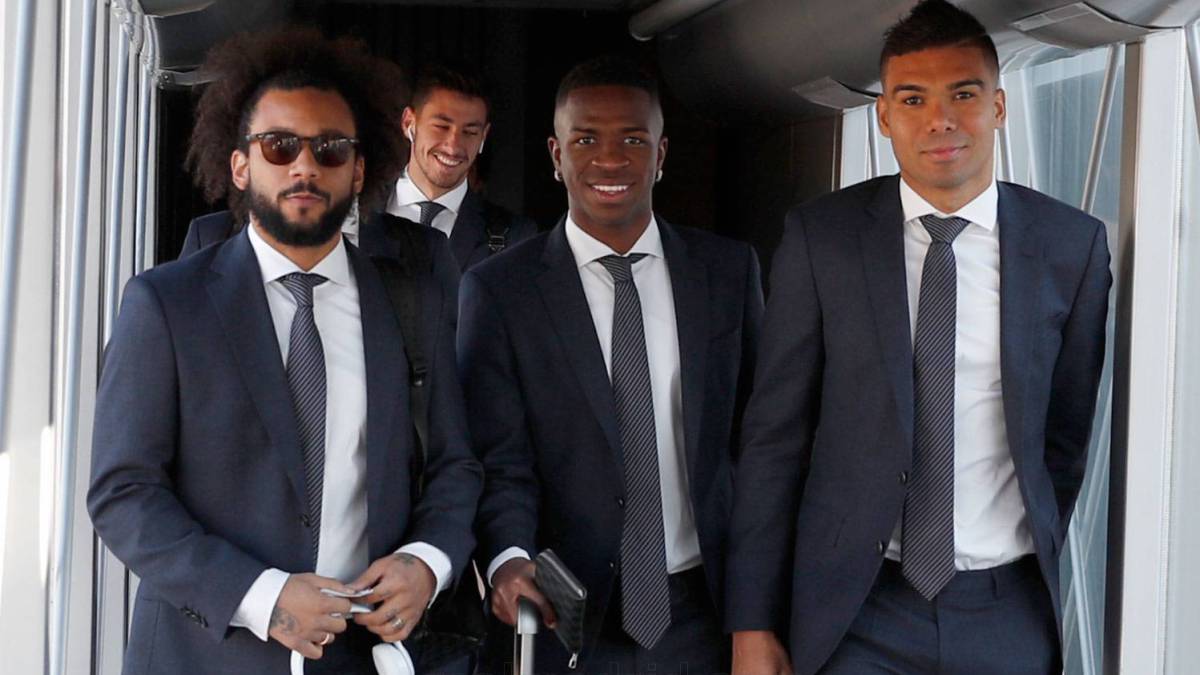 Last season a photograph of Marcelo, Cristiano and Casemiro in full stride before big European nights became a tradition, with Vinicius now the main man.

After working his way into the Real Madrid side on the left wing previously occupied by Cristiano Ronaldo, Brazilian star Vinicius Junior has now also taken over the role of pre-game talisman in the unofficial photograph ahead of major European games that became famous last season as Real lifted a third consecutive Champions League trophy.