Brexit Secretary David Davis has resigned from the UK government.

His resignation comes days after Theresa May secured the cabinet's backing for her Brexit plan despite claims from Brexiteers that it was too "soft".

Mr Davis was appointed Brexit secretary in 2016 and was responsible for negotiating the UK withdrawal from the EU.
Filibuster_HK 2018-07-09 07:46:09
Steve Baker resigns

David Davis’ deputy Steve Baker has followed his boss out of the door. 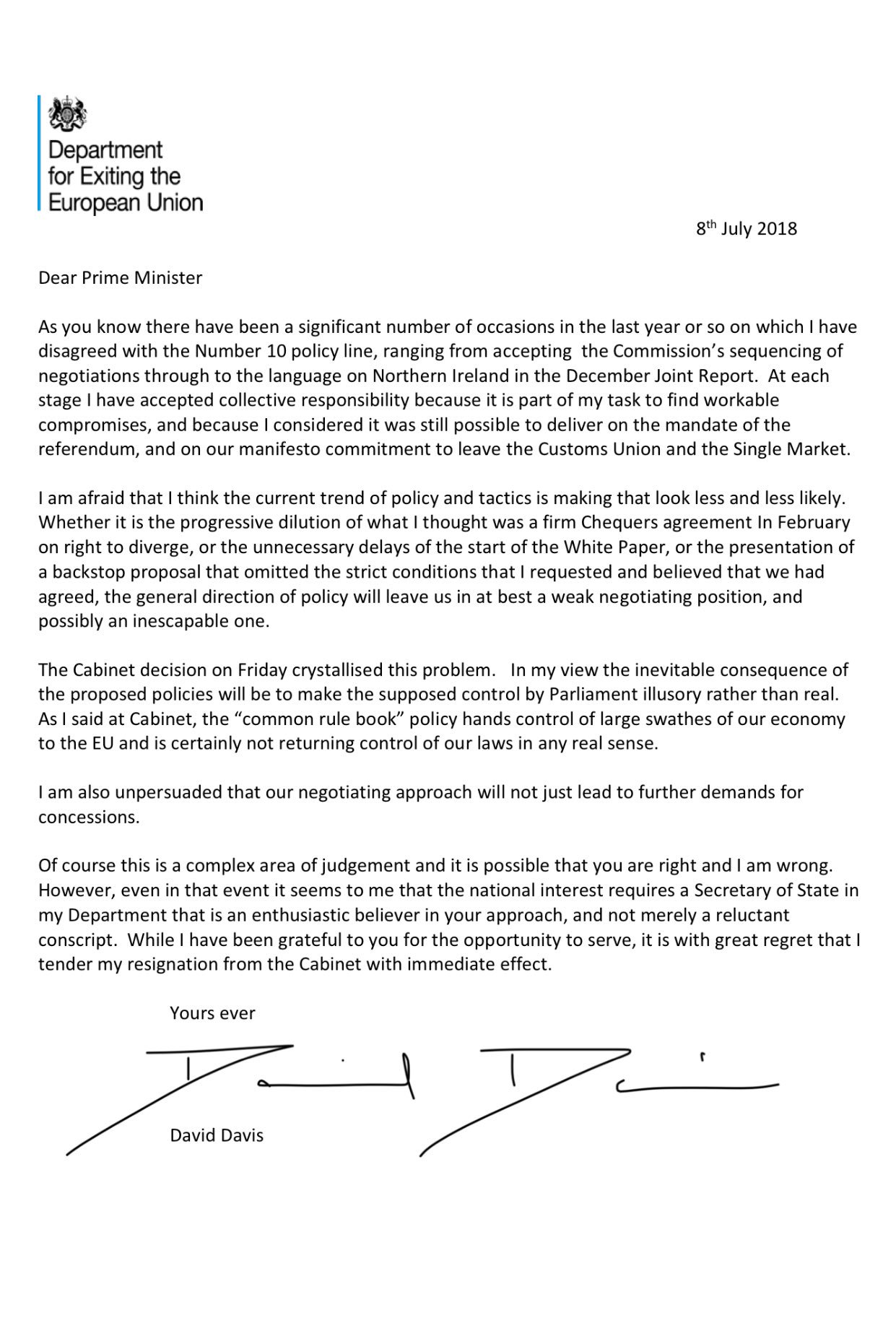 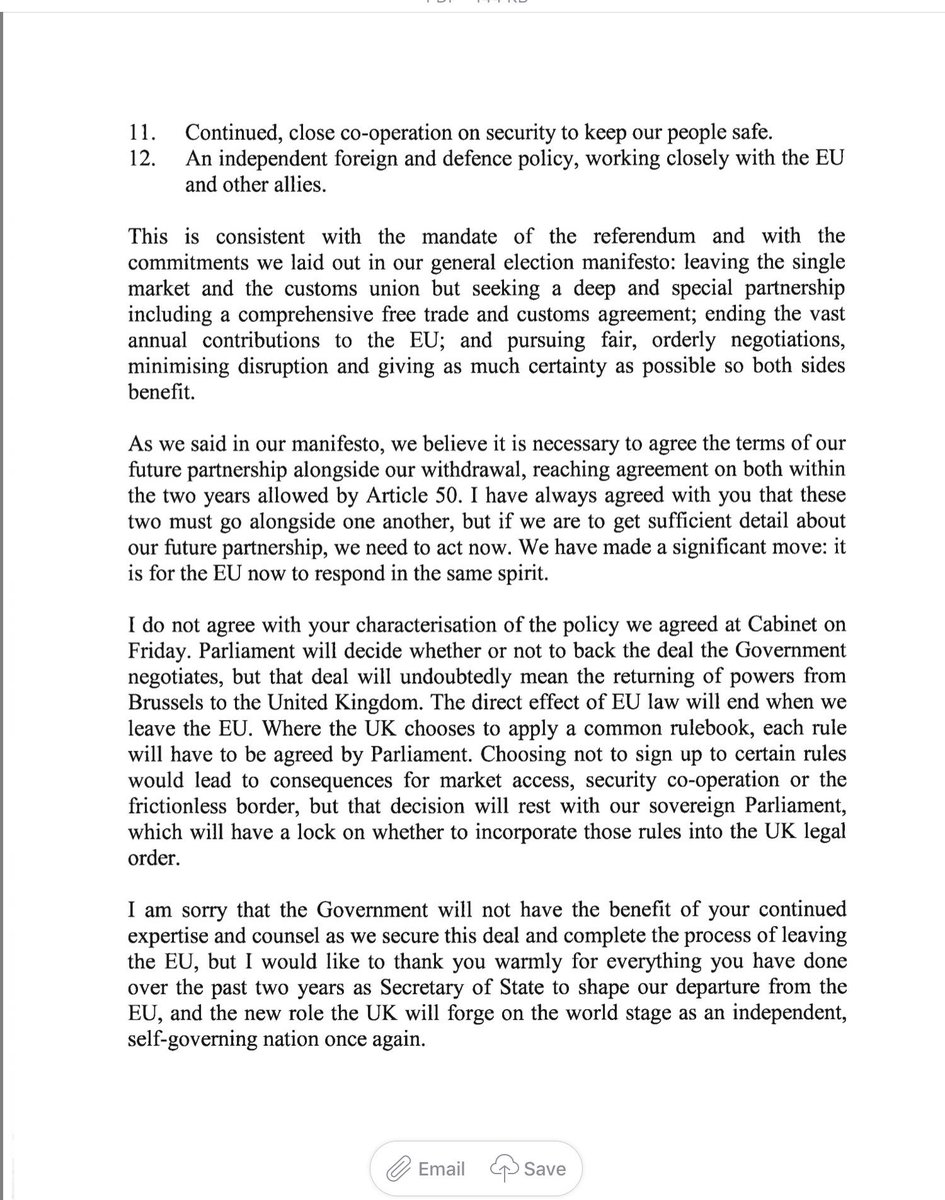 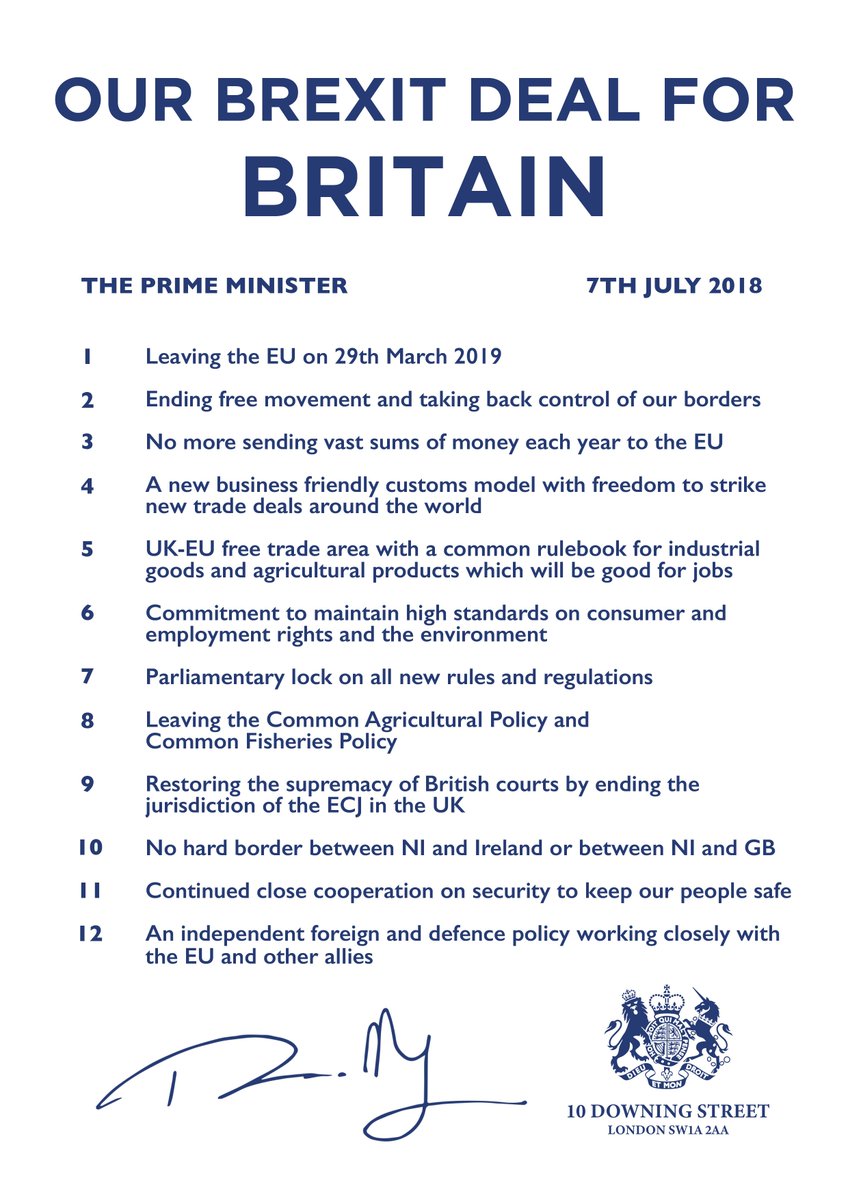 Q: Are you saying you don’t expect the policy to change as a result of your resignation?

Davis says, if nothing else, it will put pressure on May not to make further concession.

Q: Can May survive this?

He says he does not want to see her replaced.

Davis says, if May has a Brexit secretary who supports her strategy, that will strengthen her strategy.

He says he will not be encouraging people to challenge May’s leadership.

He says he would not stand against her.

If he had wanted to do that, he would have acted after the election. But he did not. He flew down from Yorkshire in the middle of the night to support her.

Davis says he wants May to stay as prime minister. He rules out standing against her. Jacob Rees-Mogg, the Conservative MP who chairs the pro-Brexit European Reseach Group, is hosting his LBC phone-in this morning. He has just said he does not think a no confidence vote in Theresa May is “immediately” in the offing. He said:

"I don’t think a no-confidence vote is immediately in the offing.

I think what the prime minister needs to do is give up on the Chequers proposals which, David Davis has pointed out in his resignation letter, don’t actually deliver Brexit."

You’ll note that hint of menace in the word “immediately”. He seems to be implying that, if Theresa May does not drop her Chequers plan, there could be a leadership challenge.
Filibuster_HK 2018-07-09 17:26:35
Dominic Raab appointed new Brexit secretary