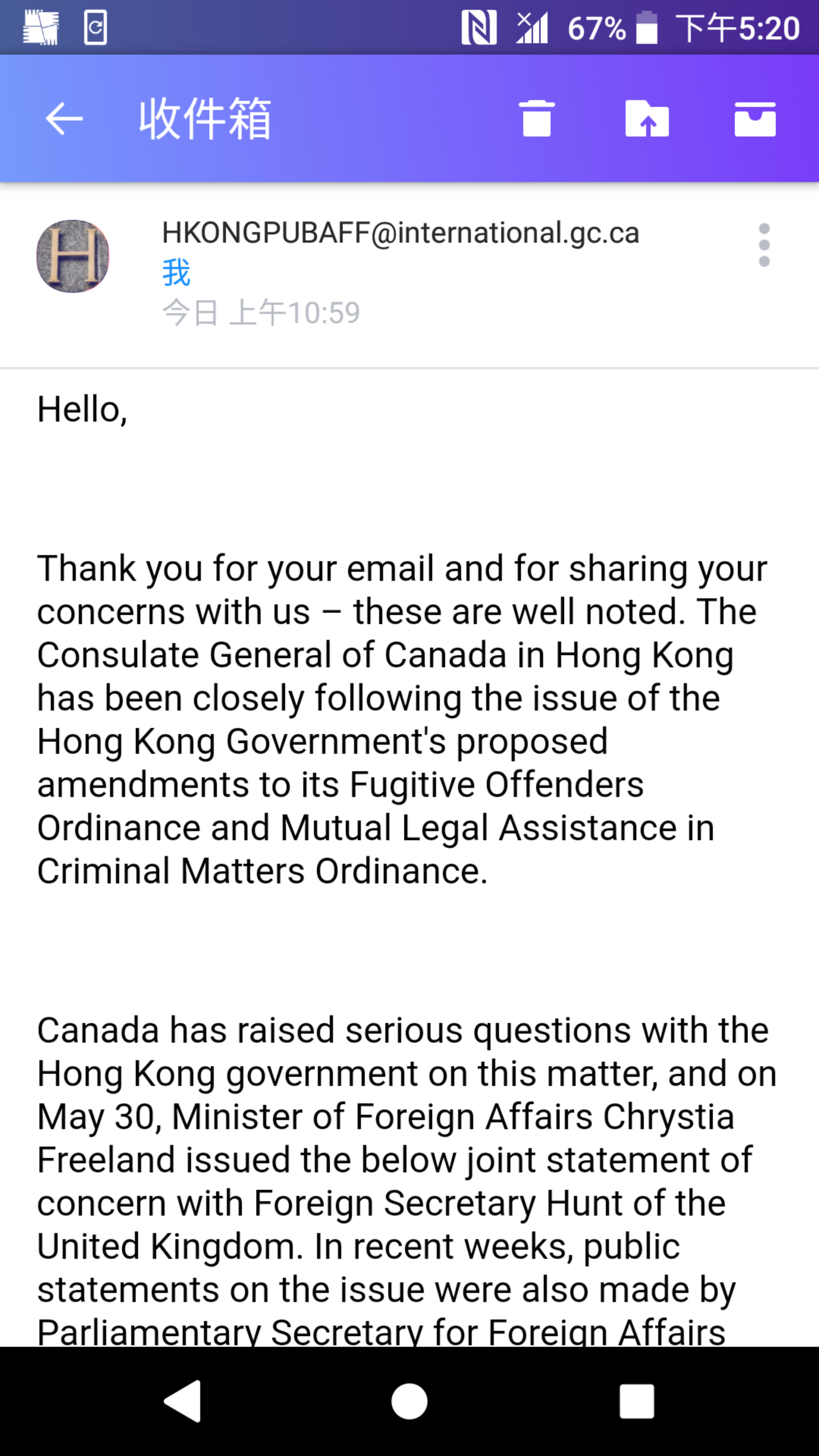 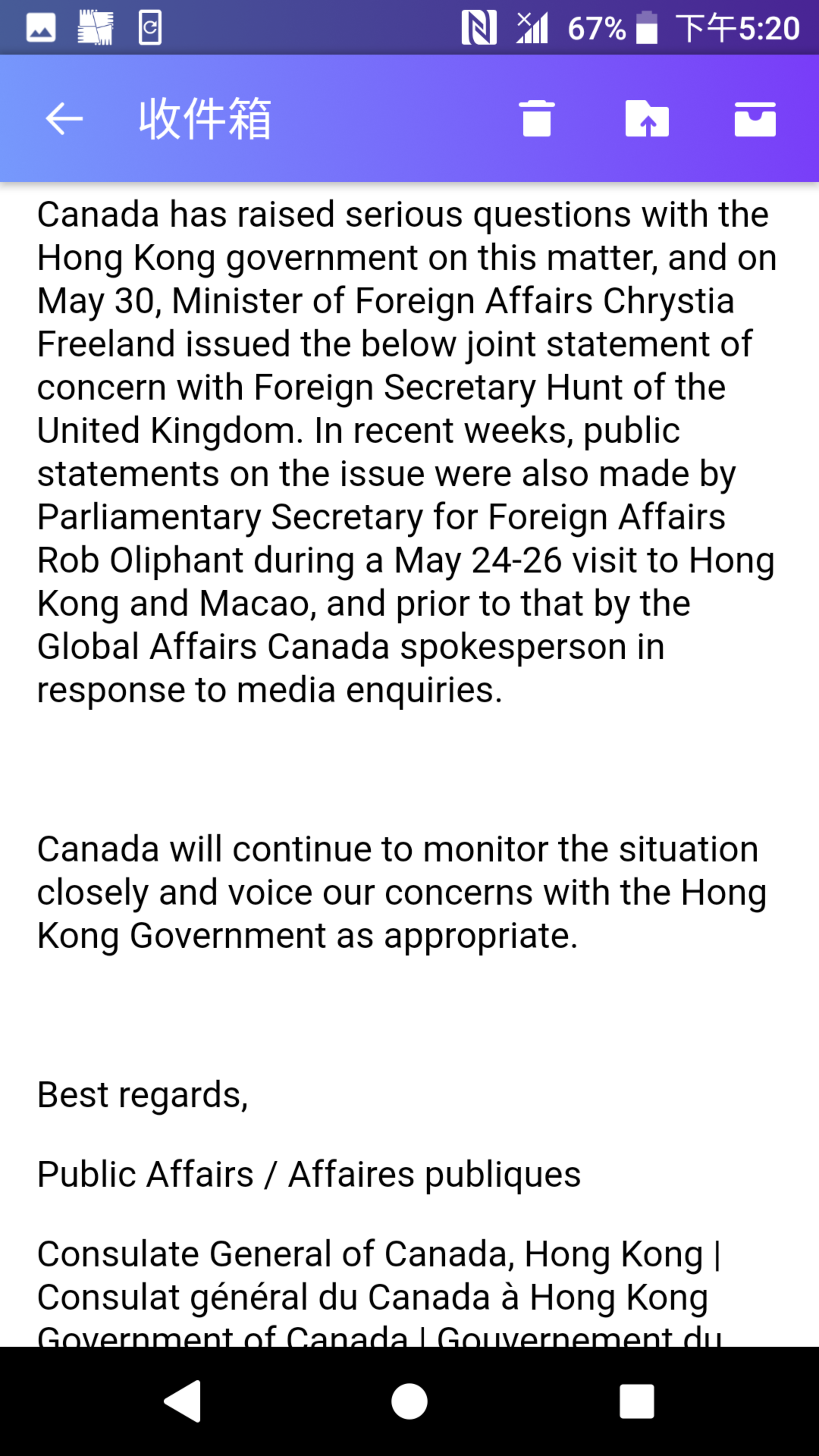 我:
Dear whom may concern,

I am a Hong Konger. Recently the Hong Kong government have proposed the Extradition Law (ELAB), to handle a murder case in Taiwan. (actually there is an alternative methods but the government insists to propose this law for political purpose) In general many people opposed this law, because the law harms our personal and our assets' safety, also harm our rights and freedom. In June 9, more than 1 million Hong Konger have protested to express their opinion of opposing the law, which is more than one-seventh of Hong Konger. However, our Chief Executive, Carrie Lam, ignore the majority opinion and continue to propose ELAB.

In this issue, your government have the same stance with us and we are all oppose this law. The consulates and chambers have meet the Hong Kong government, and they are more worried about this law after the meeting.

As a multi-culture country, Canada respect people's human right and freedom and support equality. However, the Chinese government consider their power prior to human rights and freedom, and they arrested Mr Michael Kovrig for political purpose. If ELAB passed, China have lower cost of arrest people unreasonably and more and more people, Hong Konger and Canadians will become Mr Michael Kovrig. The protest of 9 June already show Hong Konger's opinion and if this law passed, not only our rights will be harmed, the benefits of Canada in Hong Kong will also be harmed. Now the police act like Gestapo and abuse their power. Please keep putting pressure on Hong Kong government before it's too late.

Thank you for your email and for sharing your concerns with us – these are well noted. The Consulate General of Canada in Hong Kong has been closely following the issue of the Hong Kong Government's proposed amendments to its Fugitive Offenders Ordinance and Mutual Legal Assistance in Criminal Matters Ordinance.

Canada has raised serious questions with the Hong Kong government on this matter, and on May 30, Minister of Foreign Affairs Chrystia Freeland issued the below joint statement of concern with Foreign Secretary Hunt of the United Kingdom. In recent weeks, public statements on the issue were also made by Parliamentary Secretary for Foreign Affairs Rob Oliphant during a May 24-26 visit to Hong Kong and Macao, and prior to that by the Global Affairs Canada spokesperson in response to media enquiries.

Canada will continue to monitor the situation closely and voice our concerns with the Hong Kong Government as appropriate.