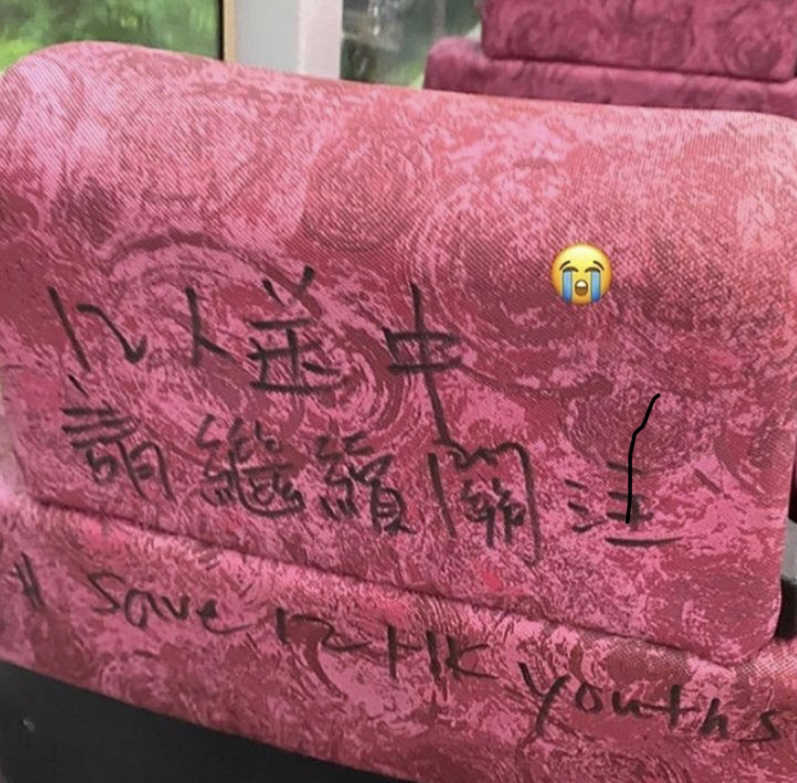 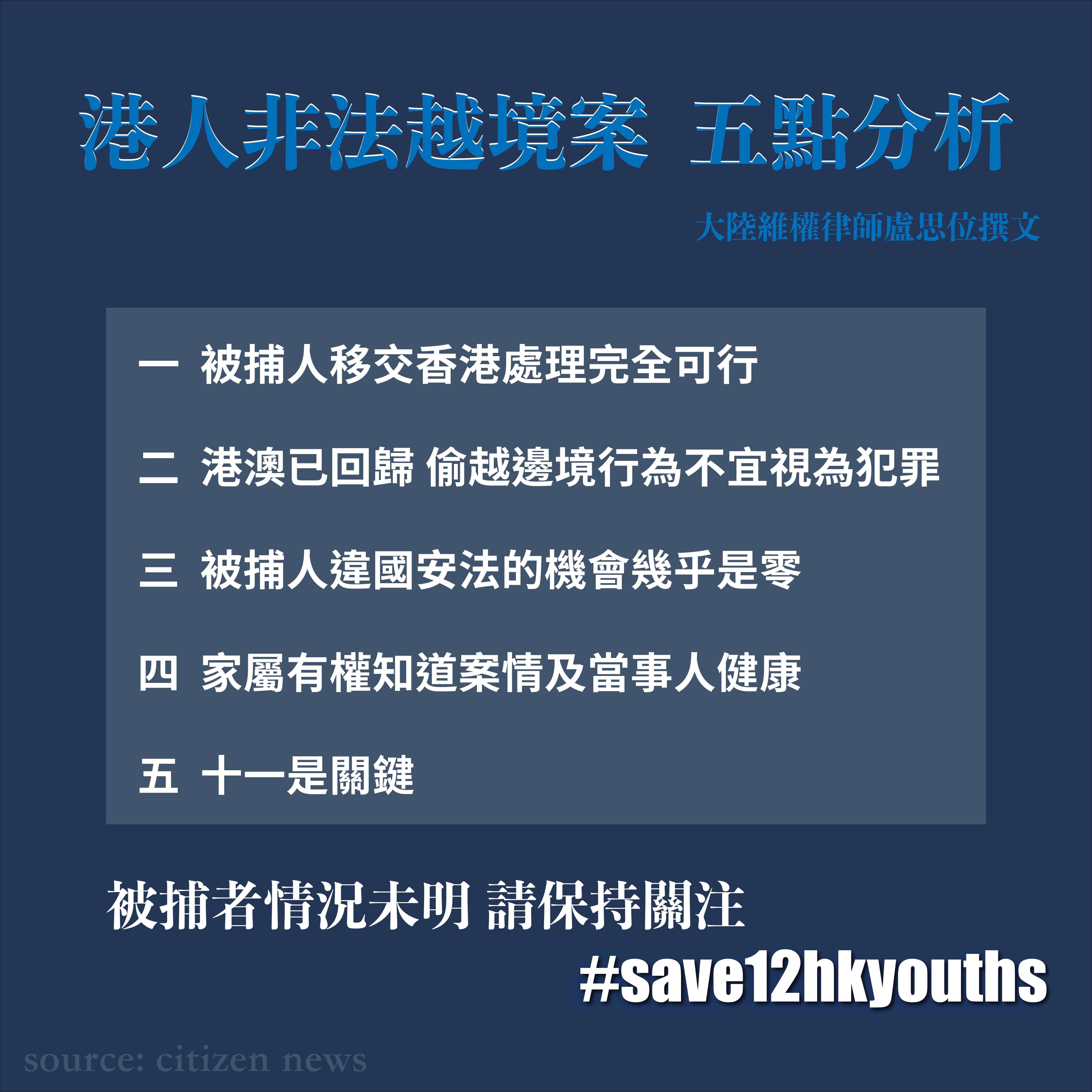 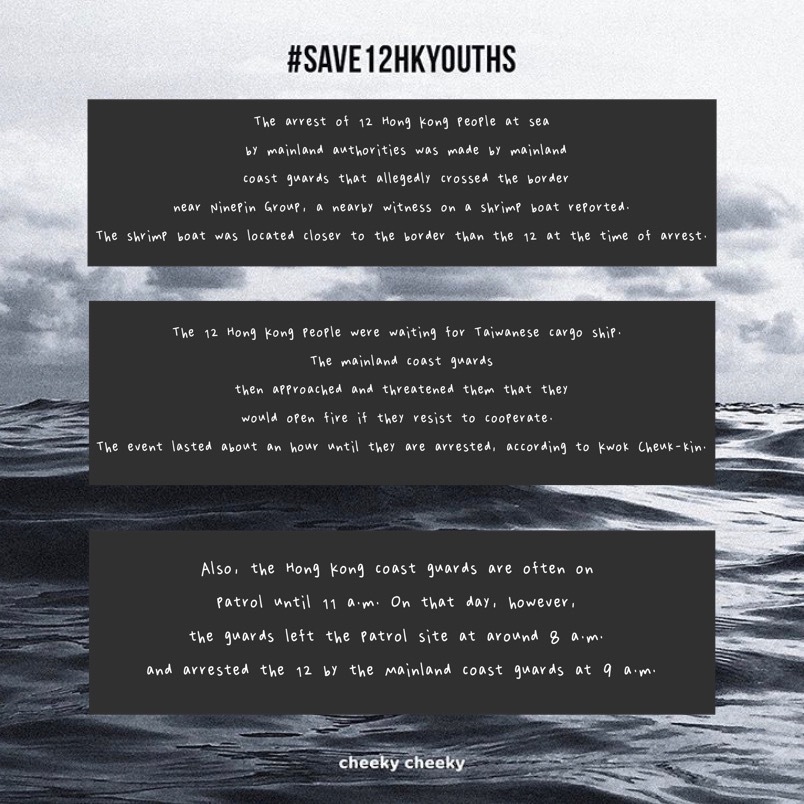 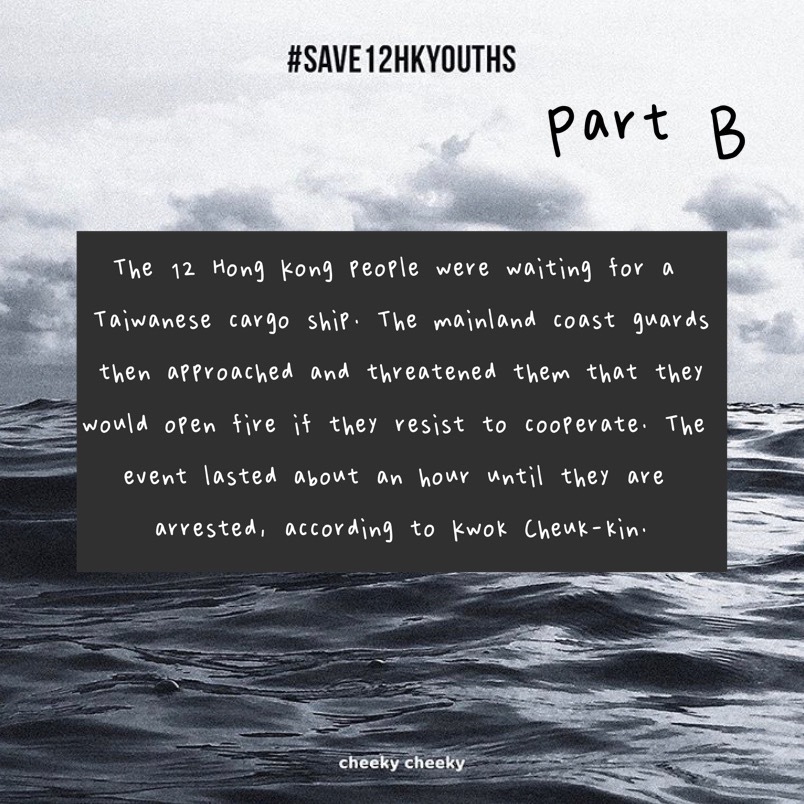 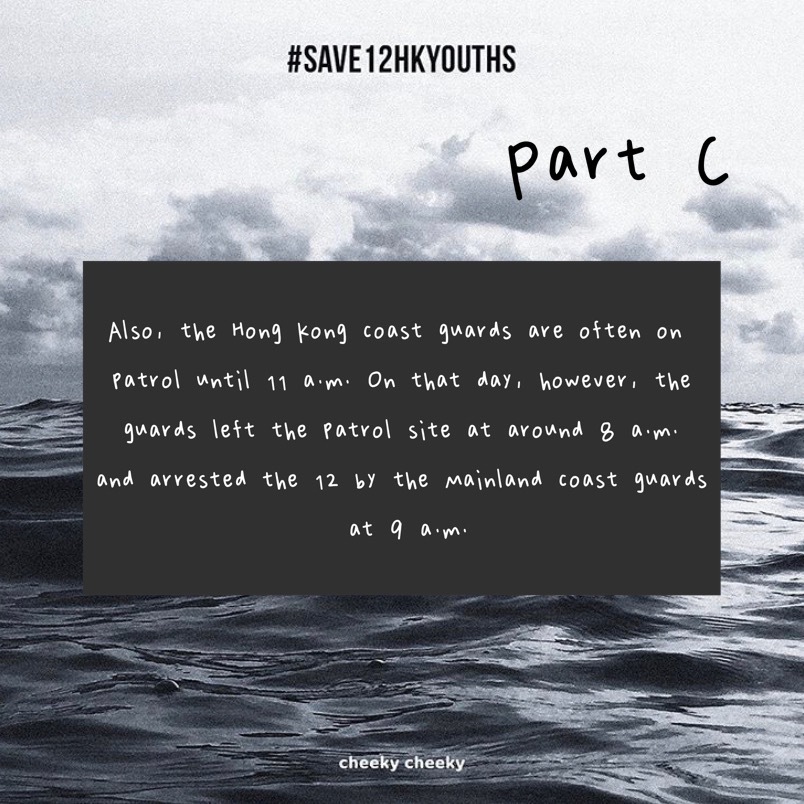 The arrest of 12 Hong Kong people at sea by mainland authorities was made by mainland coast guards that allegedly crossed the border near Ninepin Group, a nearby witness on a shrimp boat reported. The shrimp boat was located closer to the border than the 12 at the time of arrest.

The 12 Hong Kong people were waiting for a Taiwanese cargo ship. The mainland coast guards then approached and threatened them that they would open fire if they resist to cooperate. The event lasted about an hour until they are arrested, according to Kwok Cheuk-kin.

Also, the Hong Kong coast guards are often on patrol until 11 a.m. On that day, however, the guards left the patrol site at around 8 a.m. and arrested the 12 by the Mainland coast guards at 9 a.m.