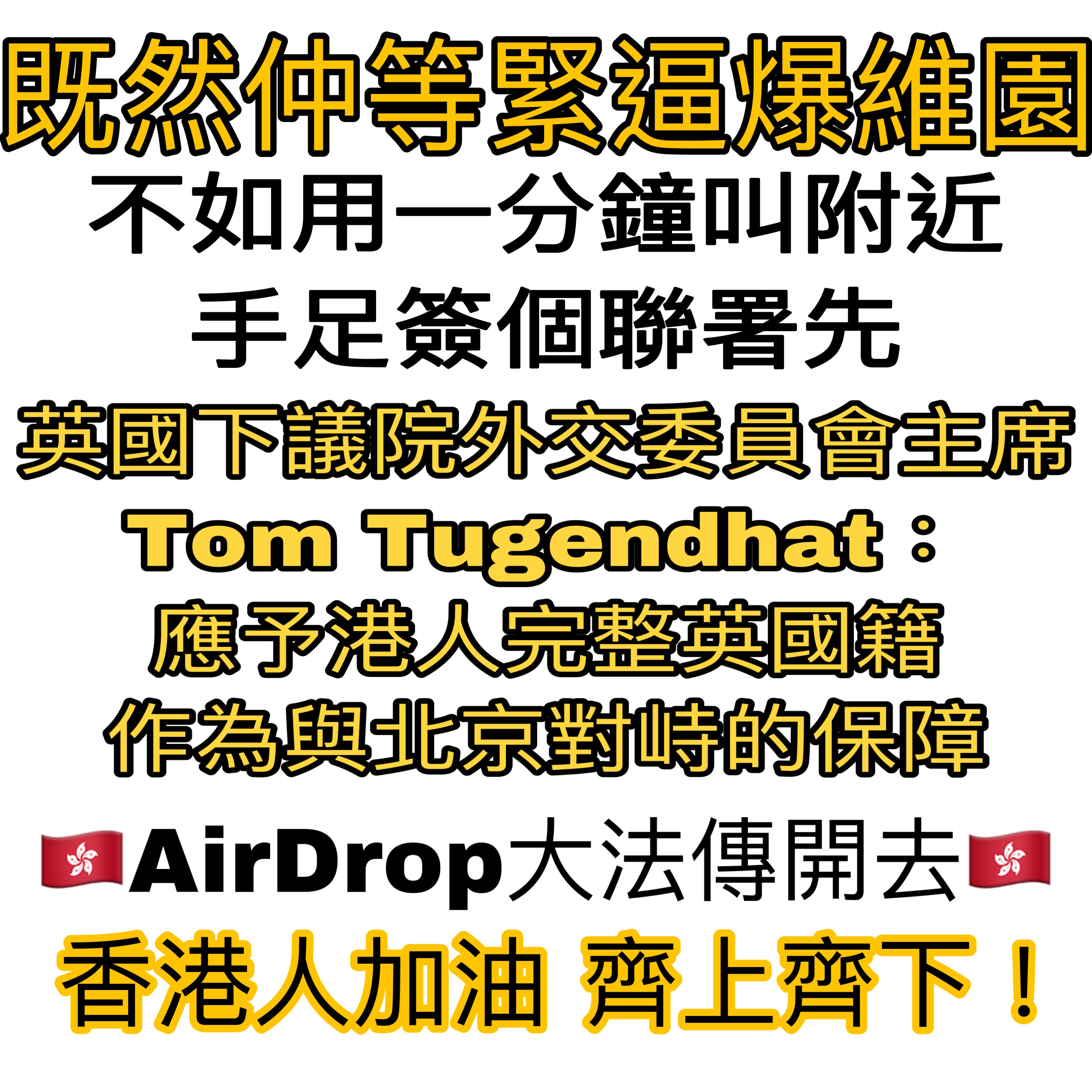 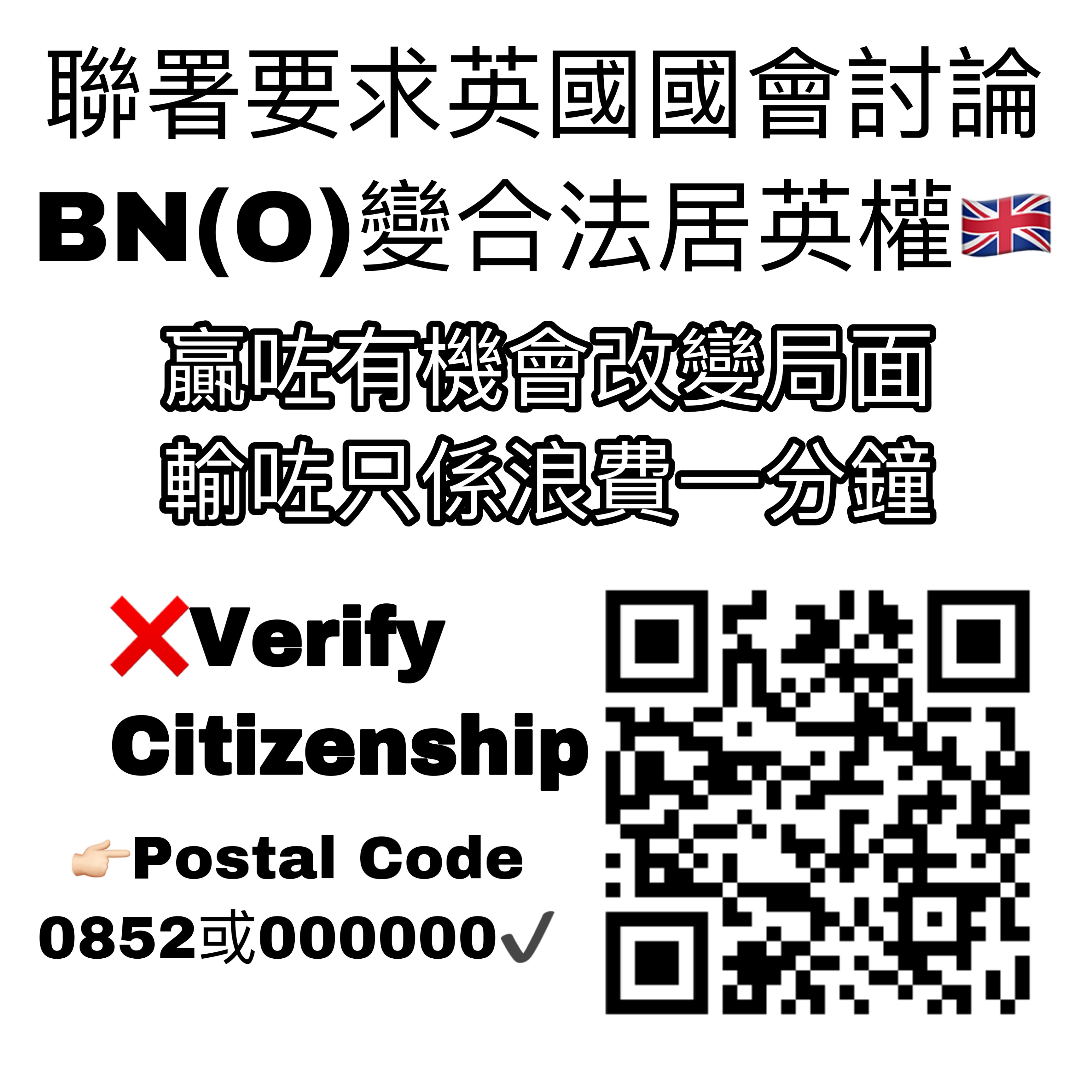 British National (Overseas) Citizens should be given full British Citizenship.

Most people who were born in Hong Kong before 1997 hold British National (Overseas) passport (BNO), which means they can only stay in the UK for up to 6 months. British National Overseas citizens are the only few nationalities with no right of abode in their own country.

As you may see on the news, China has breached the Sino-British Joint Declaration repeatedly, putting the lives of Hong Kong people at risk. We have no choice but to suffer under the Chinese rule.

We (British National Overseas citizens) are quality British. We can make Britain great again with the following facts:
1. Hong Kong people are highly educated. The majority of the young people received tertiary education.
2. GDP per capital of Hong Kong is comparable to that of UK, which ranks 15th in the world according to the International Monetary Fund (2018).
3. The average Hongkonger owns USD$245,000, which ranks 14th in the world according to the Global Wealth Report 2018 published by the Credit Suisse Research Institute.
4. Hong Kong people share common value with British.
5. Hong Kong people are pragmatic and industrious. We want to contribute to the British society, and we are willing to assimilate.
6. We respect the rule of law because this is the intrinsic value taught by the British before 1997.

As Tom Tugendhat (MP) put forward: “The UK had obligations to Hong Kong citizens before 1997, and the extension of overseas citizenship, which is in many ways a second-tier citizenship, was a mistake, and I think it’s one that should be corrected. At a time when there are clearly tensions in Hong Kong, the UK could reassure many Hong Kong citizens that their existing rights are recognised by the UK, and they are valued.”

You help is much appreciated.

Many thanks,
British National Overseas citizens 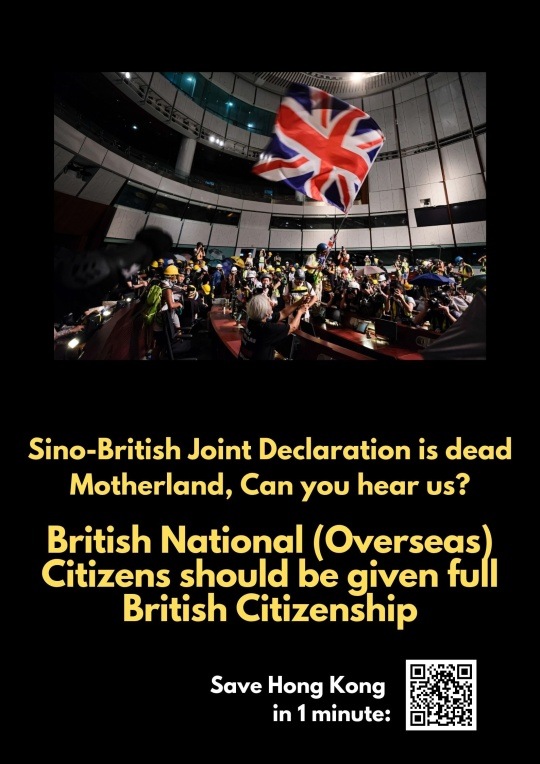 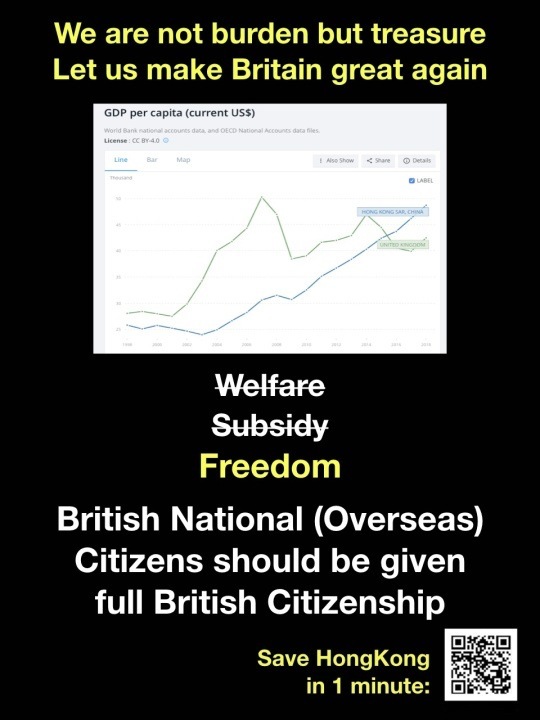 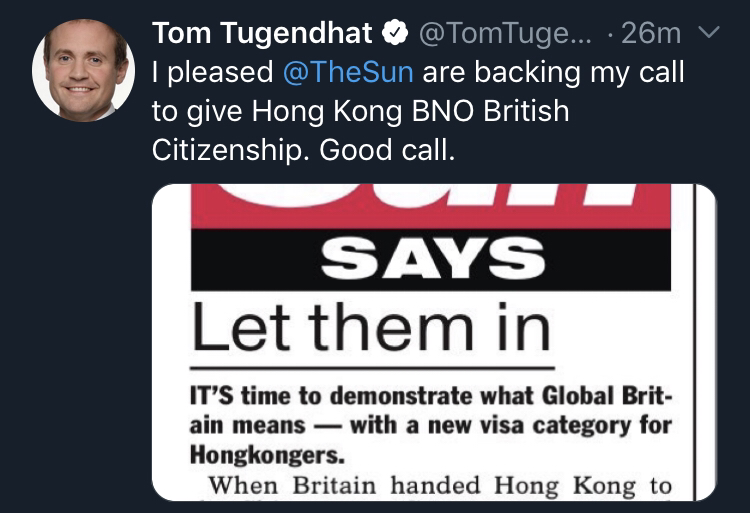